The name MADEREROS pays homage to an important part of the history of the San Miguel Chapultepec neighborhood. It comes from the original name of Avenida Constituyentes, which in the fifties was called Camino de los Madereros, since trucks loaded with wood from the State of Mexico used to get off there. Madereros is located just a few meters from that avenue and, in truth, the whole concept of the restaurant revolves around  firewood, the essential element of all the food that is prepared on there. MADEDEROS embodies a tribute to firewood, embers, the grill, and all the delicacies that materialize in an experienced kitchen with clear intentios.

The flavor coming from the embers, the care of the ingredients, and the experience of more than 20 years of hard work in places like Spain, Italy and Yucatan, is what Mario Espinosa, our chef, offers in each MADEREROS dish.

Chilango by birth Mario is the eighth chef in his family. His first job was washing dishes and as a cook’s assistant at the Gitanerías restaurant on Oaxaca Street, where his father was the chef and with whom he worked for 3 years.

In 2006 he works at the Pujol restaurant until he reaches the position of head chef.

In 2008 Chiapas was his home at El Giraldillo restaurant as Executive Chef.

He made a brief return to Mexico City as an intern at Dumas Gourmet with Chef Sonia Nawal and later traveled to Ciudad Blanca, Mérida, where he undertook the task of Executive Chef and Manager of the now famous Rosas & Xocolate boutique hotel.

His work in the kitchen at Rosas & Xocolate won the 2011 Bohemia Distinction award for the best contemporary Yucatecan cuisine proposal. In the spring of 2012, in preparation for designing K’u’uk’s menu, he staged at Celler de Can Roca in Girona, Spain, considered by many critics to be one of the best restaurants in the world.

In 2012 he celebrates the opening of one of his greatest dreams: K’u’uk. the following year winning the award for best new restaurant at the Travel & Leisure Gourmet Awards and the award for best Young Master by Millesime Mexico. In 2014 he traveled to London, where he carried out a consultancy for Peyote, a Mexican food restaurant designed by Lalo Garcia from Máximo Bistrot. That same year he began his career as a teacher at the Coronado Institute for 6 months.

In January 2016, Mario opened Rosa Sur 32, in Mérida, Yucatán. In October he takes the reins of the Forchetta Group as corporate consultant chef, based in CDMX in the Polanquito area.

In 2020 Mario, in the midst of the pandemic, starts Cottura in the company of Sandro Landucci. A home delivery service of true Italian food, working with products from different communities. Shopping at fair prices and promoting consumption, making pure traditional Italian cuisine. The global health emergency situation forced him to postpone the opening of Madereros for a year. The chef’s most ambitious project to date. 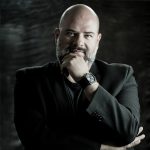 Graduated from the Universidad Iberoamericana as an industrial designer specialized in the design of internal spaces. He has taught classes both at the Universidad Iberoamericana (Mexico), as well as at Centro de Diseño Cine y Televisión and at the Universidad Anáhuac del Norte, as well as conferences and workshops at important universities throughout the country, such as the CEDIM (Centro de Estudios Superiores de Diseño de Monterrey), Tecnológico de Monterrey in several venues, and different public faculties.

He is the founder and part of the NEL Collective since 2004, a platform dedicated to the informal and playful exploration of design, his projects have reached the most important design exhibitions in the world such as Milan, Italy, at the International Furniture Fair (Salone Satelite and Fuori Salone ), Habitat Fair of Valencia Spain, Design Festival London, The Mexican Cultural Institute, Washington DC etc. NEL products are part of collections of brands such as NANIMARQUINA in Barcelona, ​​Pirwi in Mexico City, and the «Pack of Dogs» collection was considered in the «Destiantion Mexico» exhibition at MoMA in New York.

As an independent designer, Ricardo Casas has collaborated with pieces for brands such as Pirwi and Notwaste, exhibiting recently at Paris Design Week 2014. In the last edition of the Quorum Awards, he was awarded two prizes in the Furniture category, the first for the MOON console, and the second for the design of the furniture for the New Cineteca Nacional Siglo XXI, a collaboration with Taller de Arquitectura Mauricio Rocha + Gabriela Carrillo.